Simon Newton served as part of the British Military during the 2000s and mastered the skills of security and manoeuvre in high-risk situations. It made him the preferred choice of the British, Foreign and Commonwealth Office as a Close Protection Officer in Afghanistan.

After a stint protecting oil tankers from pirates he combined his experience and expertise to become one of the UK’s leading bodyguards, shielding Rita Ora and Bella Hadid, among many other celebrities and high-risk personalities.

RSNG You honed your craft in the military – where were you serving and what kind of action did you see?
SIMON NEWTON, CELEBRITY BODYGUARD ‘I was in a few places while I was serving in the British Army, but Iraq in 2003 was the place where I realised I wanted to start my own private security team after leaving the army. It was a progression from my role as a member of a protection team looking after those investigating weapons of mass destruction.’

RSNG Iraq must have been a tough place to be protecting WMD investigators?
SN ‘It was. I was in the Sheraton Hotel in 2004 when it got rocketed. There were a lot of Westerners in the hotel, media and military from Britain and the US. We came under attack and I was on the top floor of the hotel, which was a bit of a pain.’

‘You don’t want to be on the top floor of anything when there are rockets flying at you! Thankfully the rockets hit the 12th floor. Another time we came under mortar attack – one of those landed close to us in the compound but didn’t go off. Little things like that happened all the time – you do become desensitized to it.’

RSNG How did the bodyguard work come about?
SN ‘While I with the British Army I was offered a job with a private security firm based in Central London. I left the army and ironically found myself back in Iraq four weeks later as a private contractor, then I went on to Afghanistan where I was a Close Protection Officer for the British Government.’

‘The first client I was a bodyguard for back in the UK was the pop star Michael Jackson when he came to visit London in 2006.’

RSNG That’s a very different stage to being in a theatre of conflict, what’s been the most threatening situation you’ve encountered as a bodyguard?’
SN ‘In the UK the threat on most jobs is pretty low. Normally it’s just over-excited fans or the odd stalker that can cause you a problem but I haven’t ever felt threatened by that – the situation just needs to be managed properly and swiftly.’

‘Overseas it’s a whole lot different. Not all the bodyguards working in the Middle East get to come home.’ 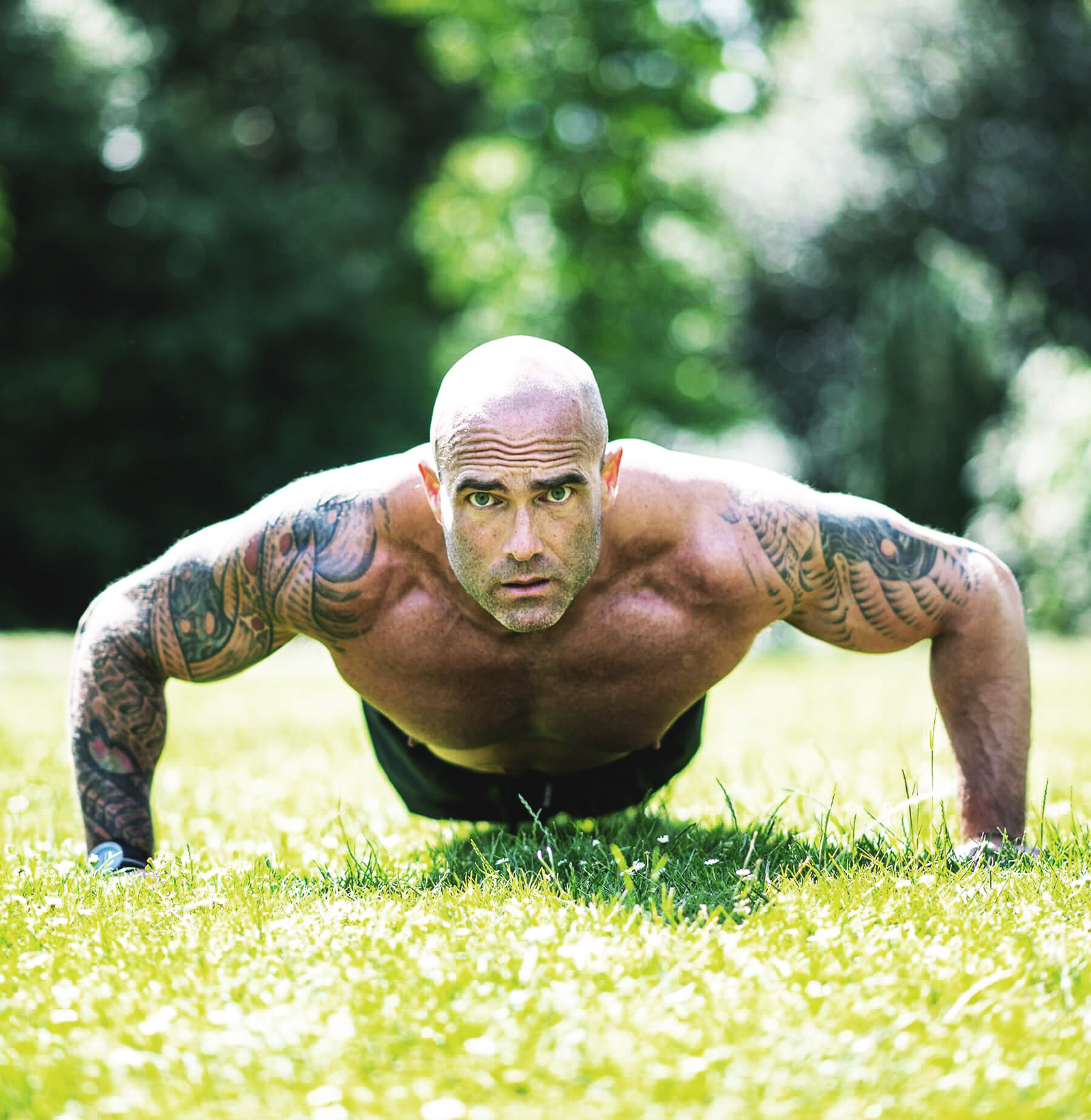 ‘One of my favourites drills is to use the fire escape stairwell of the hotel I’m in, 18 flights of stairs 3 or 4 times gets the heart pumping!’

RSNG But the role still requires both physical and mental sharpness – how do you do to keep yourself in peak condition?
SN ‘I train twice a day, Monday to Friday, and once a day at the weekends doing 30 minutes of cardio before breakfast then on to the gym to lift weights. I normally work a different body part each day.’

‘In the evening I will go back to the gym and do an hour’s cardio. When I’m working away I find that using a gym can be a luxury so I have to make do with what I’ve got around me.’

‘One of my favourite drills uses a hotel fire-escape stairwell – 18 flights of stairs three or four times gets the heart pumping!’

RSNG How do you fuel that physical fitness?
SN ‘I eat six to eight times a day and all my food is weighed out. Over the winter I’m not so strict, though I try to keep it clean Monday to Friday.’

‘If I’m working away and it is not so easy to follow a strict plan I have a general rule of trying to stay away from sugar and carbs as much as possible.’ 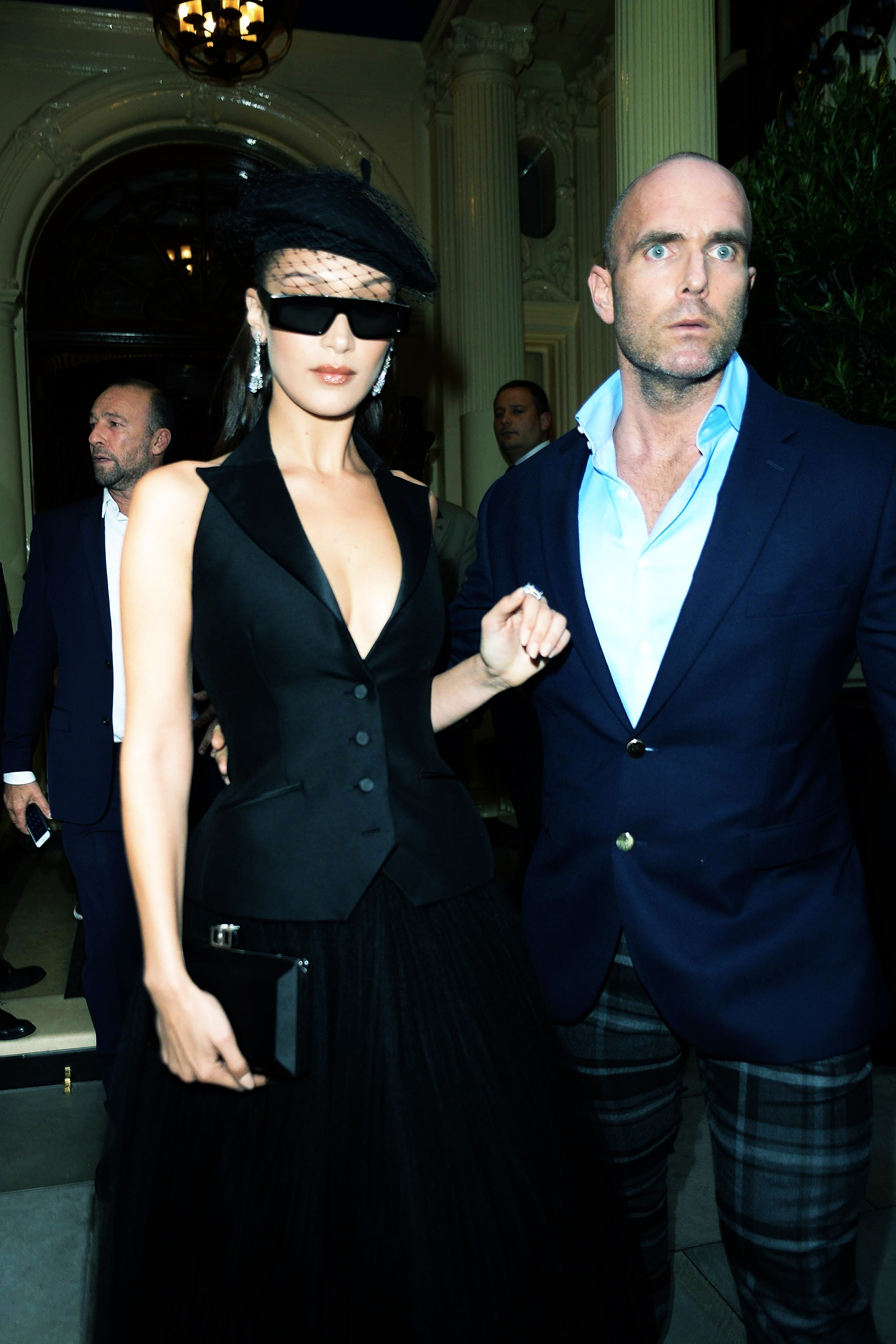 RSNG How has being a bodyguard changed since you first began?’
SN ‘There are a lot more guys and girls carrying out bodyguard courses and working in the industry now – each with different skill sets and levels of ability. That’s driven a bodyguard’s daily rate of pay down. Overseas the standard is still at a much better level, but equally the money has dropped.’

RSNG So the pay isn’t as good and yet your job is still to risk everything if called upon – how does that affect you and your loved ones?
SN ‘I don’t think about it. I never have. I do know that some places and situations I have found myself in have been pretty diabolical – just carrying shopping bags for celebrities is a bit of a change from protecting politicians in a war zone – but that’s what the job brings, you can’t pick and choose. I’m not married, nor do I have children, so the impact on family is fairly minimal.’

RSNG What’s the least glamorous element of the role?
SN ‘Probably the lack of sleep. In this job you’re awake before the principle and go to bed after them. In the time I’m not with them I have to plan and do admin, and if I’m lucky do a quick blast in the gym.’

‘I’ve been all over the world on jobs but I don’t get time to enjoy any of the places. If you’re not the type who can’t think fast and operate effectively with limited sleep then this job probably isn’t for you.’

‘Bathrooms can be challenging if you have a female client, particularly. If someone in the bathroom doesn’t like me being there then they’re welcome to leave! As a bodyguard you’re around these people morning, noon and night so you do see a lot of things they’d want to keep from the public. At the end of the day though film star, pop star, models or any other, they are all just people.’

<BACK TO PR PAGE